How nitrogen is involved in the brewing process 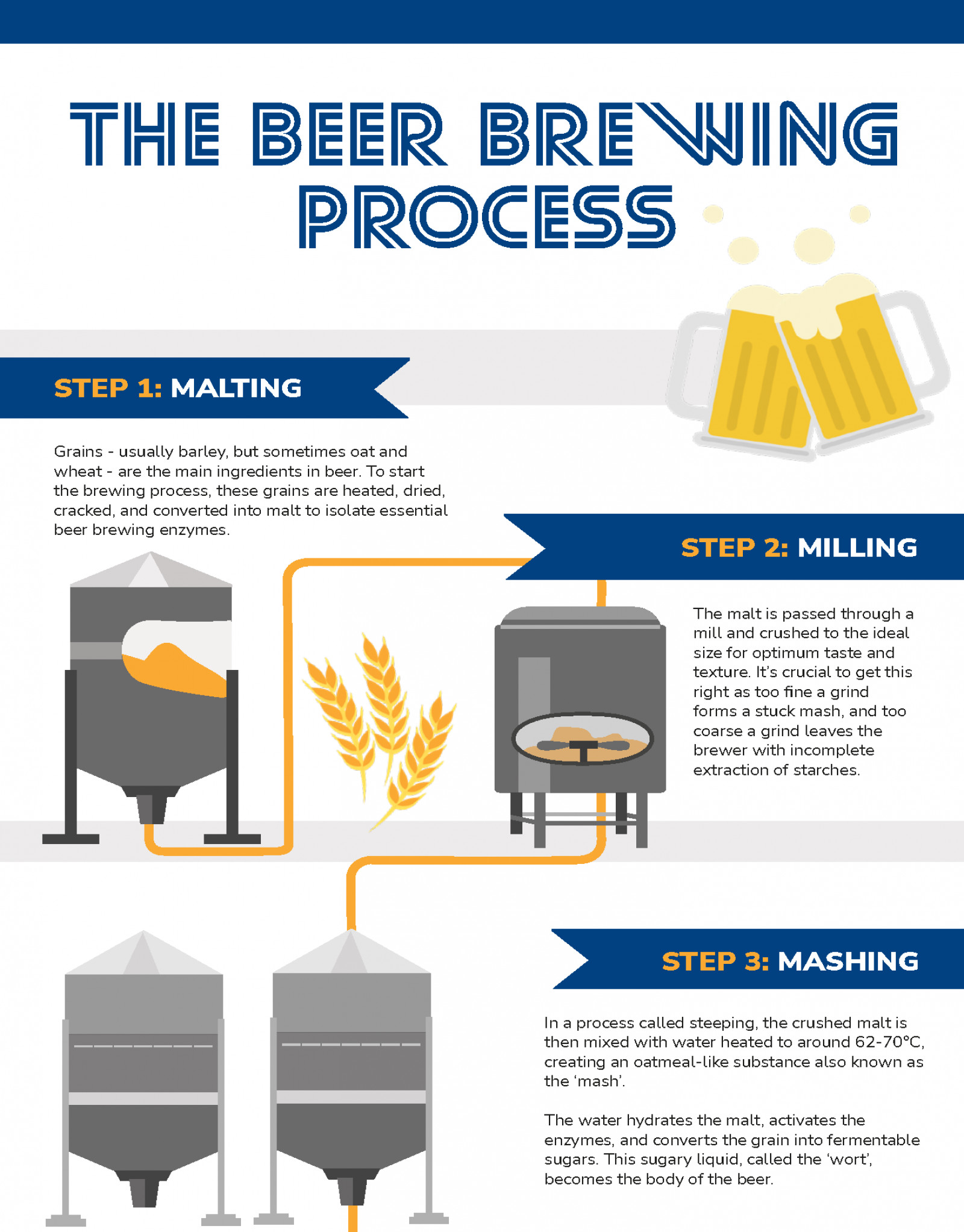 Making up 78% of the Earth’s atmosphere, nitrogen is a gas that is more than widely available for use. As a colourless, odourless, and tasteless gas with inert properties, it’s not surprising brewers everywhere use it to assist in their beer brewing process by using nitrogen generators.

For brewing, nitrogen’s main use is to minimise oxidation by preventing the contact between the ingredients and air. If beer is exposed to oxygen during the brewing process, both the quality and longevity of the product are negatively impacted.

By introducing nitrogen into the process, the risk of oxidation is limited and the beer becomes quality assured.

Grains, usually barley but sometimes oat and wheat, are the main ingredients in the beer brewing process. Once these grains are collected, they’re heated, dried, and cracked to isolate the enzymes found in beer.

At the brewery, the malt is passed through a mill. It’s key to crush the malt to the correct size, as this affects the taste of the final product; too much of a fine grind can result in the grain forming into a flour-like powder which creates a stuck mash, too coarse a grind, and the brewer is left with incomplete extraction of starches.

Next, the crushed malt is mixed with hot water, which typically ranges from 62-70 °C. This is a steeping process that creates an oatmeal-like substance known as the mash.

The water hydrates the malt, activates the enzymes, and converts the grain starches into fermentable sugars – a future food source for the yeast. This sugary liquid, called ‘the wort’, becomes the body of the beer.

Before brewing, the wort must first be separated from the spent grains as efficiently as possible.

The first step is called mashout, where the temperature of the mash is raised to 77°C to halt enzymatic reactions and preserve the sugar profile of the wort.

Secondly, loose grain particles are filtered out by flowing the wort out of the bottom of the lauter ton and recirculating it back through the grain bed, resulting in a clearer wort.

After recirculation, the wort is transferred to the boil kettle. Finally, the spent grain in the lauter ton is rinsed, or sparged, with hot water to pull as much of the remaining sugars out as possible.

The beer is cooked by adding hops (and other flavours) in a large container known as a “copper” or “brew kettle”.

The boiling stage involves reactions that are chemically triggered, which release the hops’ flavours and aromas. Boiling also allows grain proteins to bind with tannins and precipitate out, which reduces the protein haze and flavour in the final product.

The fermentation process occurs in conditioning tanks of a variety of sizes, ranging from massive cylinder vessels to open stone vessels to wooden vats. First, the wort must be cooled to a specific temperature, typically between 15-20 °C, for the yeast to do its job correctly.

There are two types of fermentation typically used by brewers. Many brewers use primary fermentation, which takes around 3-5 days when yeast converts most of the sugar into alcohol and carbon dioxide.

However, secondary fermentation is sometimes used by smaller breweries, as it takes at least two weeks or longer. The yeast works slower, conditioning the beer and reabsorbing any undesirable chemical by-products. The final product has improved clarity as there has been a reduction in the amount of sediment in the finished beer. It also often means the alcohol by volume (ABV) increases.

After fermentation, wort and yeast are mixed with water containing sterile air.

The function of the yeast is to consume the sugars created in the mash and turn them into alcohol and carbon dioxide (CO2).

The conditioning process is responsible for ensuring that the beer is ready for sale, and usually lasts for around two weeks.Its purpose is to allow the beer to mature, for flavours and aromas to mellow, and aids in the clarifying process for a smooth finish.

Conditioning also helps to stabilise the flavour and aroma of the beer, so that it tastes the same every time you drink it. Beer that hasn’t been properly conditioned can taste sour.

Next, a filtering process is used to remove unwanted by-products such as yeast, tannins and proteins from the beer that would give off flavours and haze. While many of these impurities will eventually precipitate out of the beer through ageing, filtering speeds up the process by removing them in minutes instead of weeks or months.

When the filtering process is complete, the finished product is made. The beer may then be put in a cask, in containers, bottles, or cans. Unfiltered beer can often be considered a bit of ‘craft’ as it keeps a more intense flavour.

When the beer is in its storage phase, a positive pressure of nitrogen can be used to prevent air ingress as a result of temperature-induced volume changes. In atmospheric tanks, this can be achieved by applying a continuous flow of nitrogen during volume changes, reducing the amount of diffused air released through vents and into the headspace.

Nitrogen can also be used to fill the headspace when the product is moved from one tank to another, aiding in the pressure transfer process within sealed systems.

Breweries will regularly clean and sterilise storage vessels and piping to reduce the risk of beer contamination. The cleaning products they opt for are usually caustic solutions and made using sodium hydroxide.

To effectively clean the brewing equipment, carbon dioxide is used in conjunction with the caustic solution. However, the risk of a chemical reaction between carbon dioxide and sodium hydroxide is likely and will often have unfortunate consequences – like an implosion of the vessel.

As nitrogen and sodium hydroxide do not react, when nitrogen is used in place of carbon dioxide, the risk of a chemical reaction is eliminated. This allows brewers to continuously reuse the cleaning solution and swiftly avoid vessel implosion.

Brewing equipment and pipelines are easily affected by oxygen pick-up, increasing the risk of oxidation. Luckily, nitrogen is an excellent purging gas and can be used to greatly reduce a brewer’s water consumption. Using nitrogen in this stage of the process can increase efficiency, limit the chance of oxidation, and reduce the number of beer losses.

As nitrogen gas has a low solubility rate, bubbles are easily formed. Unlike carbon dioxide, these tasteless bubbles aid in the beer mixing process without impacting the overall taste or texture of the beer, and quickly disappear without affecting the finished product. This form of mixing is called ‘sparging’ and is far less production intensive than other methods.

Using nitrogen to bottle beer helps to further reduce the risk of oxidation, and in turn increases its shelf life. Nitrogen is also used to dry beer bottles once rinsed.

Nitrogenated beer occurs when nitrogen gas is dissolved in the beer, usually in addition to carbon dioxide. The ratio of the two gases is typically around 70% nitrogen to 30% carbon dioxide.

Nitrogenation allows beers to be consumed with a smooth, creamy texture. The smaller nitrogen bubbles allow for a long-lasting head and give the overall beer a lighter taste and feel.