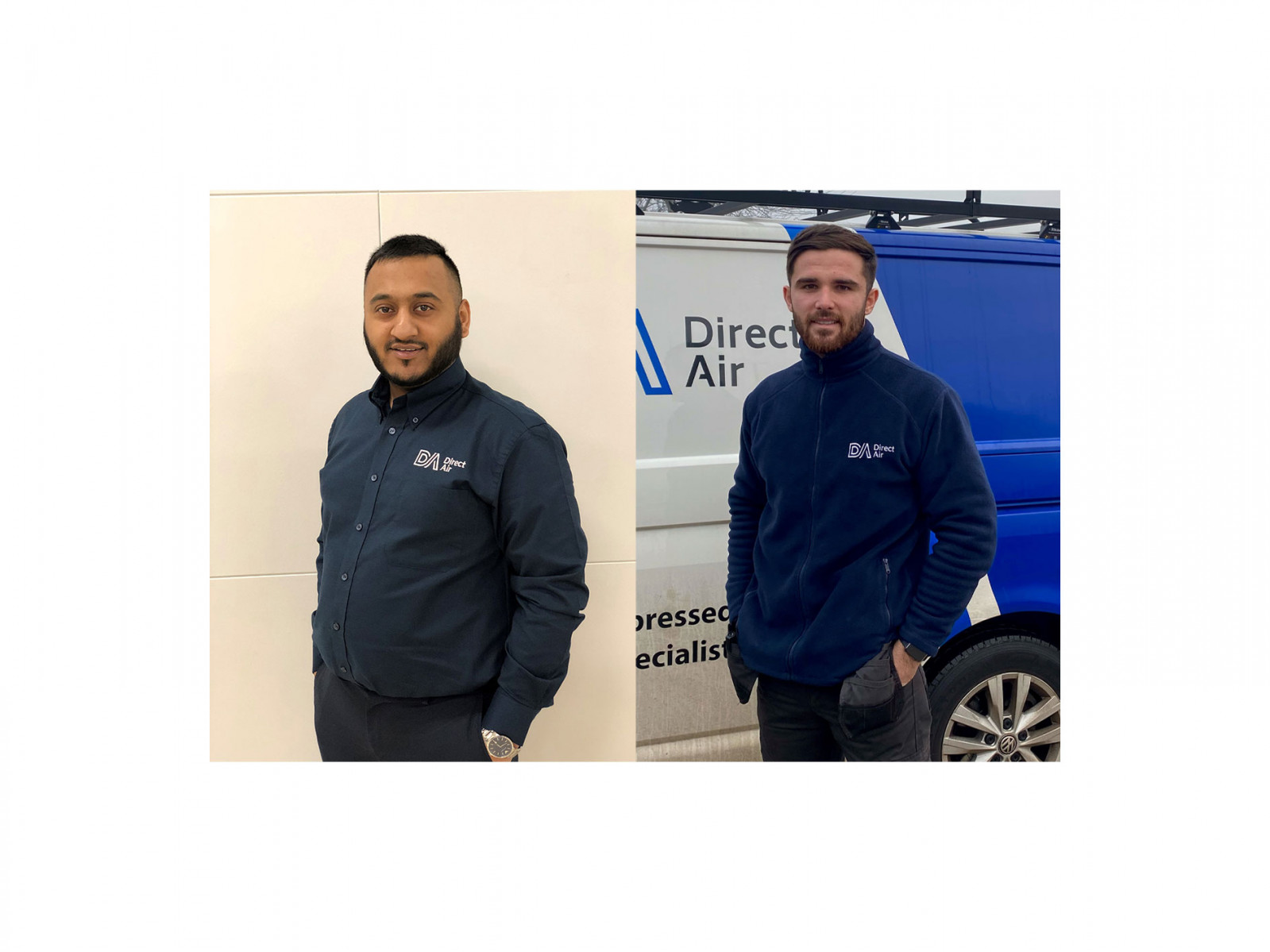 Meet our newest members of the Direct Air team

Throughout the fourth quarter of 2020, Direct Air have hired 2 new members of staff! Each one of them undertaking roles in various areas of the business. Successfully expanding the company’s growth during the pandemic via not just 1, but 2 different departments.

With the year being so uncertain, we are thrilled to have been able to take on each of the new employees. Therefore, we wanted to share the good news and get an insight into what each of the individuals recruitment processes were like during this complex period.

27-year-old Nemo is Direct Air’s new Project Engineer. He’s based in our projects department after joining in October. One-way Nemo fitted right into the requirements of his role, was with his impressive MSc Mechanical Engineering Degree.

Gavin, 24, joined alongside Josh in November. Gavin is a Trainee Pipework Engineer. Adding to the ever-growing department of our very own Direct Air engineers. Gavin decided it was time to start a new career path and take on something involving hands-on work, which his new role satisfies perfectly.

The recruitment process of 2020

The interview process was new for both the Direct Air team and the interviewees, being conducted virtually. It was the first time all the new recruits had undergone an interview in this format.

Nemo’s explained how his experience was made really easy by Direct Air as all information needed for the call was provided. Nemo felt he was never left in the dark during any stage because he was being kept up to date via either calls or emails.

Nemo was also able to visit the office in order to familiarise himself with the environment he’d be working in, as well as some of his co-workers (socially distanced of course!). He explained this made the process feel a little more like normal… apart from masks, hand sanitiser and resisting the urge to shake people’s hands!

Gavin actually found and applied for his role via LinkedIn. Following a successful interview, he attended a trial day. Gavin found this opportunity valuable because he was able to understand all aspects of the role he was applying for. He could also understand how well Direct Air have adjusted to COVID restrictions within the workplace. Gavin was grateful that Direct Air were so accommodating to his new learning rather than feeling as though he’d been thrown in the deep end.

Settling in at Direct Air during the pandemic

Nemo found starting a new role during these difficult times could present challenges. Yet, the team at Direct Air went above and beyond to help with settling in whilst maintaining social distancing guidelines. Safety of the employees gets taken very seriously and many people work from home, including Nemo himself. Since securing a graduate role, Nemo believes his knowledge and skills have already increased. ‘There is new learning every day – the pandemic isn’t stopping my progression!’

Gavin’s first week was spent helping the Stores around the warehouse putting away and locating stock in preparation for jobs. This was a great way for Gavin to familiarise himself with products, parts, materials and tools he’ll soon be using every day. It wasn’t long before Gavin was getting stuck into the hands-on work he longed for. During his second week he was out visiting customer sites with the service engineers! The engineers and Gavin were all provided with separate vehicles to travel to and from locations, to maintain safety as much as possible. Throughout the entire process, Gavin felt confident he could query his colleagues with any concerns.

Nemo is excited to experience on-site visits with colleagues that are yet to come. He hopes to learn from the Direct Air team who have worked at the company for many years, as their experience and knowledge is invaluable.

Gavin can’t wait to create more connections with his co-workers. Especially with colleagues who he doesn’t work alongside daily but have knowledge about his work. Gavin wants to do this in the hope of understand how processes of the business work from beginning to end, to ensure his work is to the best of his ability.

Read more about our great employees and their successes! https://www.directair.co.uk/news/laurens-successful-journey-from-apprentice-to-permanent-administrator/